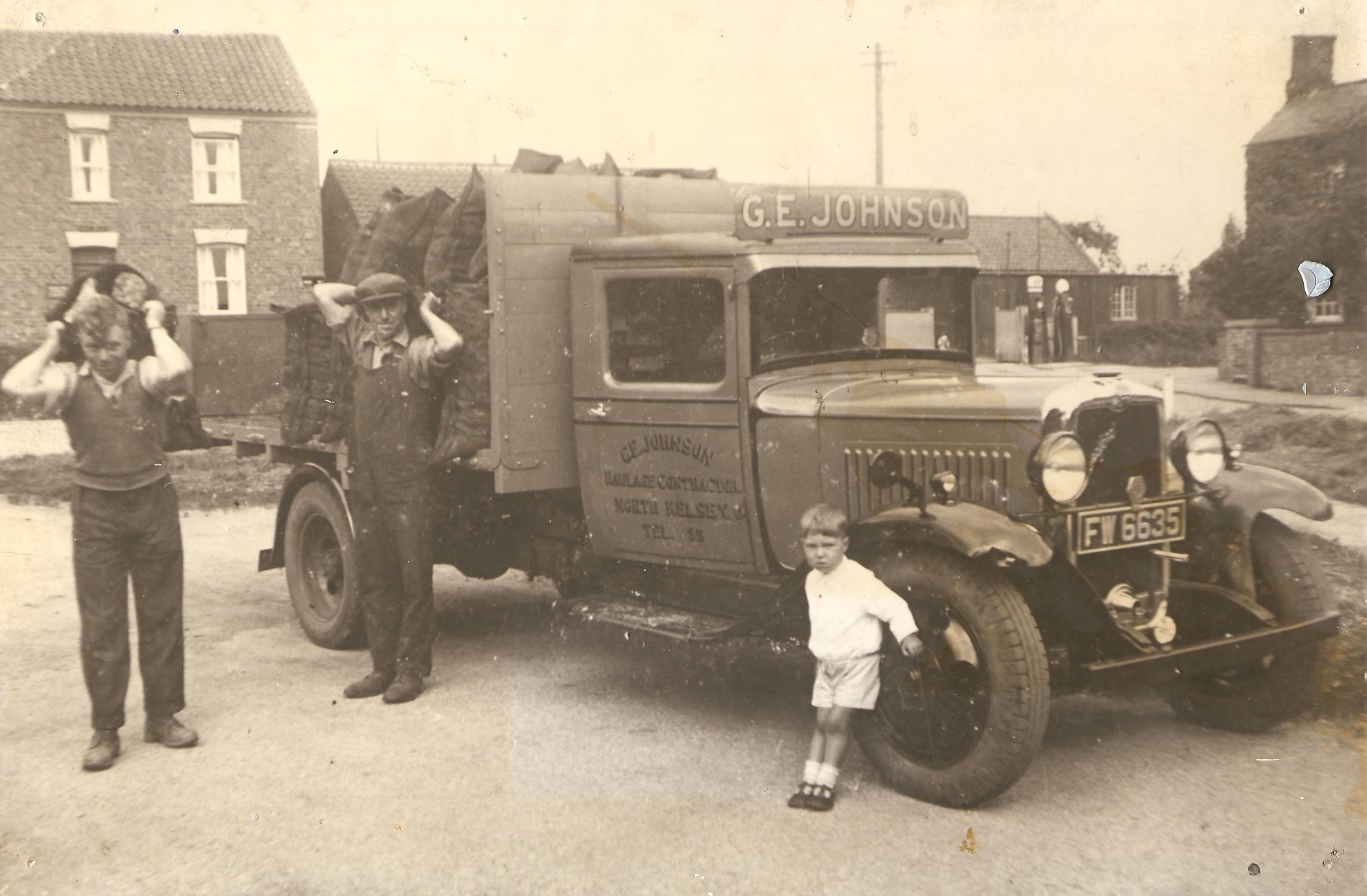 From left to right: George Johnson, Arthur Johnson and Cliff Johnson (aged 5) in 1935

1907- George Johnson was born at Greetwell, near Scawby.

1920- George left Thealby School at 13 years of age and went to work on a farm working for a wage of 15 shillings a year (roughly £75 in today's money!) He worked with Horses and described himself as a good 'Stacker and Thatcher'.

1932- Borrowed £100 from his father-in-law and bought his first lorry - a 'Ford T' Mainly delivering coal during the day and ice cream at night around the village of North Kelsey.

1930's/40's- Ran a fleet of lorries of mainly Bedfords and Commers on Tipper work and moving livestock.

Late 30's-40's- Became heavily involved in the construction of RAF Airfields around Lincolnshire.

1956- George's Daughter, Ruth Whitwell joined the company and served as Company Secretary until her retirement in 1997.

1961-Having driven Scunthorpe United Football Club around in one of his coaches for many years, George became a Director of the club and remained so for 21 years.

1960's- Johnson's began building its fleet to around 35 lorries with additional depots at Goole ran by George's eldest son Cliff Johnson and at Killingholme managed by George's brother Arthur Johnson.

1996- George, at the age of 89, goes to college to do a computer course to keep himself up-to-date with the modern world!

2002- Johnsons complete the building of a new warehouse as they celebrate their 70th anniversary a couple of weeks after George's 95th Birthday. At this point George Johnson still played an active part in the business as its Chairman and visited the office every week.

2012- Johnson's celebrates its 80th anniversary as Colin Johnson celebrates his 80th birthday and is still working at the company 6 days a week!

2020- Colin Johnson died aged 87. Right to the end Colin could be found around the yard still working 6 days a week notoriously keeping everyone in check!

2022- G&C Johnson celebrates its 90th Anniversary as it completes an expansion of the yard at Crosby Grange to accomodate more parking. 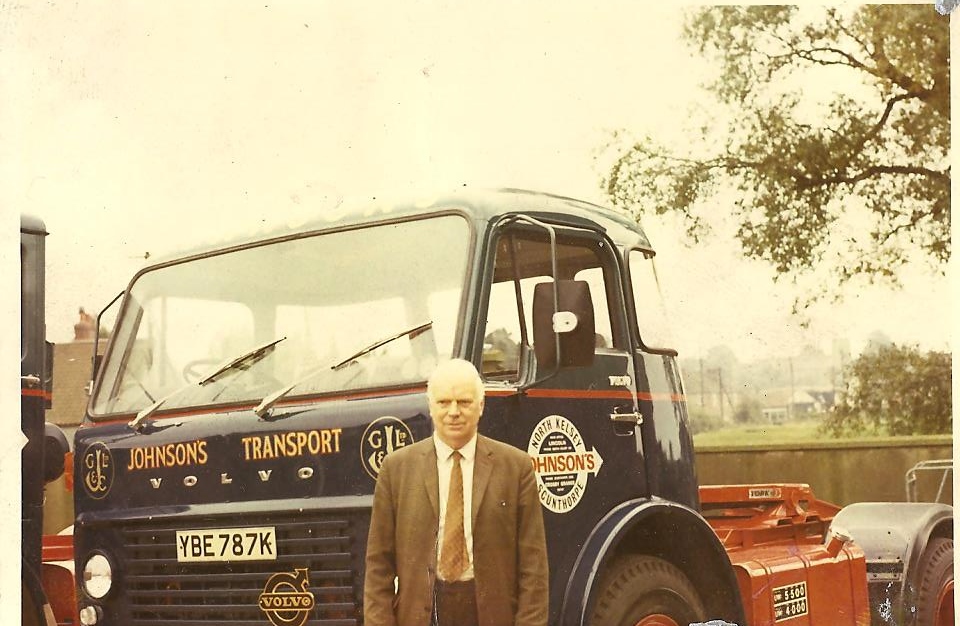